Freya is one of the heroes with a role fighter in the mobile legends game. This hero has the appearance of a female knight who is called the goddess of war from a cold region or region.

This hero had become a pick or ban subscription at the beginning of the season. This hero used to have a good ultimate and made it difficult to eliminate.

But in season 22 and before, this hero does not become a meta and is very rarely played by MLBB players.

Freya is a hero who already existed at the beginning of the season, so that until this season, Freya has collected 9 interesting skins, including the original skin.

One of the skins that will appear in February 2022 is the Epic skin which is the sixth member of the Saber Squad. The name of Freya's skin is S.A.B.E.R Manhunter.

On this occasion we will share Freya hero mobile legends wallpapers with full HD quality.

Although Freya is not in the meta for season 22, this hero has collected a lot of skins. Starting from the original skin, Starlight, Summer, Epic, Elite and Special.

You can have all of Freya's skins by buying them using diamonds. However, there may also be some skins that have to wait for an event at a certain time.

The following is the latest Freya mobile legends wallpaper from the Saber Squad skin. 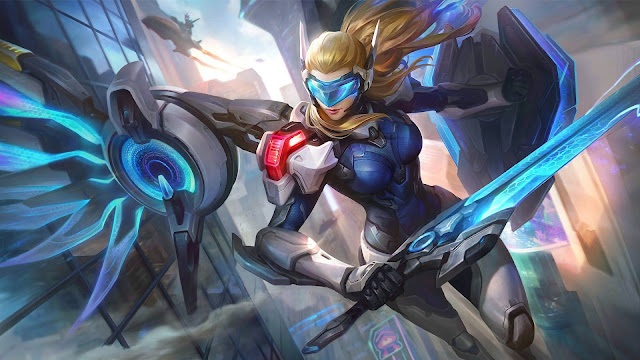 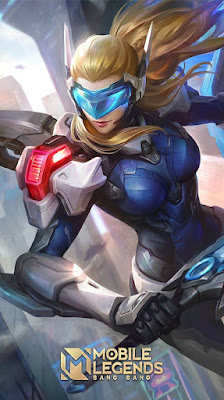 So that's Freya hero mobile legends wallpaper full hd. What do you think about the wallpaper of this Freya hero? Is it cool or just plain? Please leave a comment.

Of all the skins that Freya has, we chose the Epic Saber Manhunter skin to be the best skin. The reason is because this skin has more interesting effects, new voice overs and interactions with fellow Saber Squad heroes.

Note: All the wallpapers that we display are the property of Moonton as the developer of the Mobile Legends Bang Bang game.